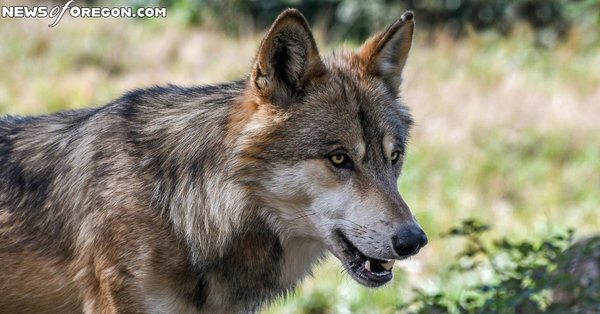 BAKER COUNTY – The Oregon State Police Fish & Wildlife Division is seeking the public’s assistance in locating the person(s) responsible for shooting and killing a wolf in the Pine Creek Wildlife Management Unit.

On August 5, 2022, Fish and Wildlife Troopers received information from ODFW that a collared wolf, OR112, may be deceased at a location just off of Forest Service RD 66, between Twin Lakes and Fish Lake. This location is approximately 7 miles north of Halfway, OR.

Fish & Wildlife Troopers and ODFW personnel responded to the area and located a deceased wolf over the embankment of the 66 RD.  The wolf had injuries consistent with having been shot by a firearm.  The wolf, known as OR112 was a two-year-old gray-collared female that was part of the Keating Pack.  Troopers believe the wolf was shot and killed on the morning of August 4, 2022.

The Oregon Wildlife Coalition and conservation partners are offering to pay an $11,500 reward that leads OSP F&W Troopers to an arrest and/or citation stemming from this incident.

The Turn in Poachers (TIP) program offers preference points or cash rewards for information leading to an arrest or issuance of a citation, to a suspect, for the unlawful killing of wildlife, and or waste of big game. Cash rewards can also be awarded for turning in people who destroy habitat, illegally obtain licenses/tags, and for the unlawful lending/borrowing of big game tags. Learn more: https://www.oregon.gov/osp/programs/fw/Pages/tip.aspx

All other protected avian species: see category below for listed species