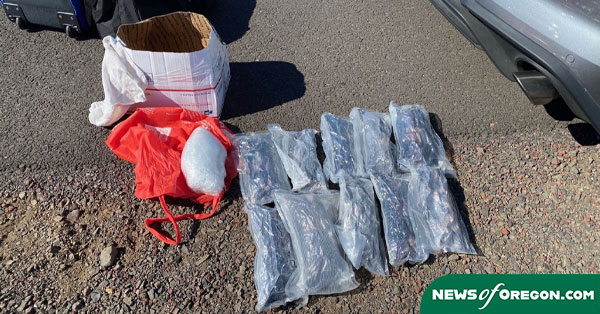 On October 2, 2022, at about 12:53 P.M., an Oregon State Police Trooper stopped a vehicle for speeding on US 97 near milepost 84, about 13 miles north of Madras. During the course of the stop, reasonable suspicion was developed for drug trafficking. A search of the car revealed 11 bundles of narcotics in the trunk of the car, with a gross weight of nearly 14 pounds; a preliminary test showed the narcotics to be heroin.

The driver was identified as Tyler Facey (29) from Vancouver, Washington, along with a 23-year-old female passenger. Facey was lodged in the Jefferson County Jail for various drug crimes and the female passenger was released.

This is an ongoing investigation with no further information being released.