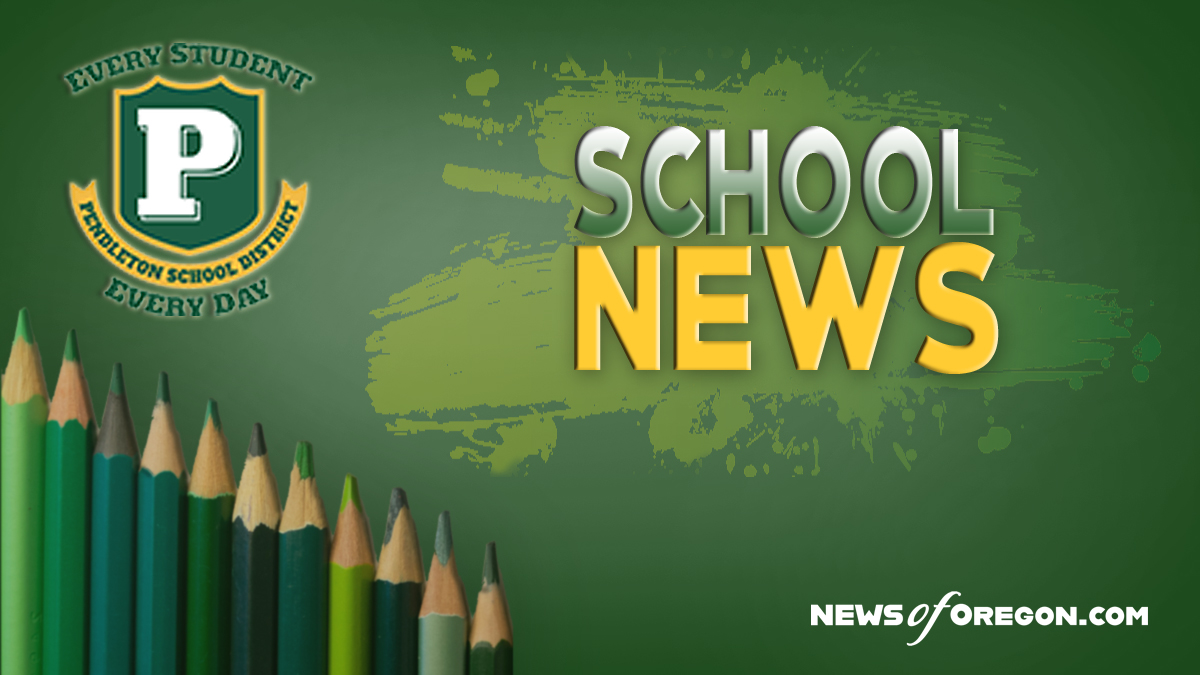 Curt Thompson has been involved in CTE (Career and Technical Education), including agricultural education, for about 17 years. He was recently recognized for some of that hard work. Thompson, the Assistant Principal/CTE Coordinator at Pendleton High School, was selected as the Oregon Agriculture Teacher’s Association (OATA) Administrator of the Year during the Oregon FFA State Convention in March.

OATA states the award is to recognize administrators who have been long-time supporters of agricultural education. Marty Campbell and Kylee Hunt, Ag Instructors at PHS who nominated Thompson, said Thompson is very deserving. Their application cited more than a dozen ways Thompson has supported the high school’s Ag Education program and the FFA Chapter at PHS. They said when the program wanted to build a greenhouse, Thompson hit the ground running — he went to the superintendent, found the funds, ordered the greenhouse, and in a matter of weeks, the holes were being dug. When it was time to revitalize the shop, Thompson literally spent his days walking the construction crews through the process of installing an oxyacetylene manifold and hanging new exhaust hoods for the welding stations.

“Mr. Thompson has been consistent about making sure the needs of all students are met while truly supporting the Ag program above and beyond. Whenever we make a request, as long as it is for the kids, he will make it happen,” Campbell and Hunt said. “He believes in Ag Ed, and he believes in FFA, and he shows it in his actions.”

Thompson was a CTE teacher at PHS for six years and has supervised CTE for 11 years. He said coming from a CTE background has helped him as an administrator because he has a good understanding of the program’s challenges, which are a bit different than other courses. With different funding mechanisms, several programs of study, and updated requirements from ODE (Oregon Department of Education), he said supporting CTE teachers is very important. As for receiving the Administrator of the Year award, he is honored, but he thinks most people in education work very hard to provide quality student experiences and help kids grow. Thompson said receiving an award for doing his normal job is a bit strange, but “I hope it’s a testament to a good working relationship between teachers and administrators, which is very important.”

Thompson will receive his award at the OATA Summer Conference at the end of June.