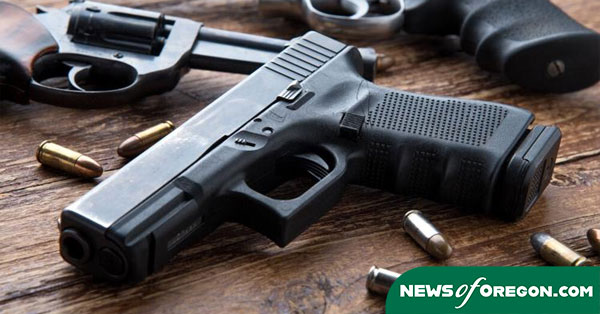 (The Center Square) – The majority of Republican and Independent voters think “red flag” gun laws that allow judges to confiscate individuals’ firearms can be abused for political reasons, according to a new poll.

Convention of States Action, along with the Trafalgar Group, released polling data Wednesday that shows that 72.2% of Republicans and 52.3% of Independents “believe that ‘red flag’ gun control laws that are designed to temporarily take guns away from individuals have the potential to be abused by local authorities and government officials to disarm their political opponents and/or citizens who disagree with them.”

“Americans want real, workable solutions to the mass shootings we are seeing in this nation, but it’s obvious that they don’t see the proposed ‘red flag’ laws as the answer,” said Mark Meckler, president of Convention of States Action. “More and more Americans are coming to the conclusion that the government abuses any power it’s given, and they are responding accordingly.”

The poll is timely since the U.S. Senate voted late Tuesday to advance a round of gun control measures that included support from 14 Republicans.

The bill included mental health and safety funding, but most attention has gone to gun control restrictions that Democrats have reupped their support for since the tragic shootings in Uvalde, Texas, and Buffalo, New York.

Notably, the senators agreed to provide funding for states to implement red flag laws under another name, calling them “crisis intervention” orders, which allow judges to intervene to “ensure deadly weapons are kept out of the hands of individuals whom a court has determined to be a significant danger to themselves or others.”

“Today, we finalized bipartisan, commonsense legislation to protect America’s children, keep our schools safe, and reduce the threat of violence across our country,” the leaders of the negotiations, Sens. Chris Murphy, D-Conn.; John Cornyn, R-Texas; Kyrsten Sinema, D-Ariz., and Thom Tillis, R-N.C. said in a joint statement. “Our legislation will save lives and will not infringe on any law-abiding American’s Second Amendment rights. We look forward to earning broad, bipartisan support and passing our commonsense legislation into law.”

The House passed a round of its own gun control measures earlier this month, including red flag provisions in the Federal Extreme Risk Protection Order Act. How many of those House provisions will make it into the final legislation agreed upon by both chambers remains to be seen.

Critics have made the argument laid out in the poll, saying that activists or rogue individuals could inappropriately report others for a variety of personal or political reasons, having their guns confiscated and leaving the gun owner to navigate a difficult, bureaucratic process to have their firearms returned.

“I oppose the Senate gun control bill released today because I oppose all efforts to infringe on the Second Amendment rights of my constituents with ‘red flag’ gun confiscation,” U.S. Rep. Mary Miller, R-Ill., wrote on Twitter. “The leftists pushing gun confiscation policies have created a crime wave with their ‘woke’ soft-on-crime and open southern border policies. If they cared about public safety, they would secure the border and these leftist DAs would prosecute criminals instead of releasing them.”