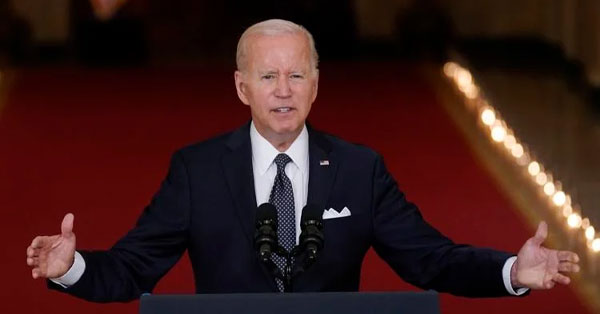 (The Center Square) – President Joe Biden signed a $280 billion bill on Tuesday that aims to help the U.S. compete with China by investing billions into domestic semiconductor production.

The bipartisan bill will divert more than $52 billion to companies producing semiconductor chips and another $10 billion to create regional technology hubs across the country.

“Today, I’m signing into law the CHIPS and Science Act, a once-in-a-generation investment in America itself,” Biden said at a press briefing. “A law that the American people can be proud of.”

The legislation also includes a 25% investment tax credit for manufacturing semiconductors and other related technology in order to incentivize further domestic production of the needed chips.

Tens of billions of dollars have also been made available to spend over the course of five years for scientific research and development to help future U.S. development in tech.

This legislation comes after the COVID-19 pandemic led to a severe shortage of semiconductors, which are necessary components for consumer electronics, healthcare equipment, and automobiles. The bill hopes to alleviate the shortage by making the U.S. less reliant on China by developing its own semiconductors.

“The microchip is an American original,” said U.S. Sen. Chuck Schumer, D-N.Y. “We used to lead the world in this technology, and it’s time that we lead the way once again.”

Critics of the bill, however, say it aims to spend billions of dollars that the U.S. does not have and has no guarantee that corporations receiving subsidies will be spending the money in a way benefiting the American people.

“Our nation is $30 trillion in debt and this bill spends $280 billion that we don’t have,” said U.S. Sen Rick Scott, R-Fla. “It sets a dangerous precedent for massive, taxpayer-funded corporate welfare to the world’s most profitable corporations without any accountability or guarantee of return on investment (ROI) for the American people.”