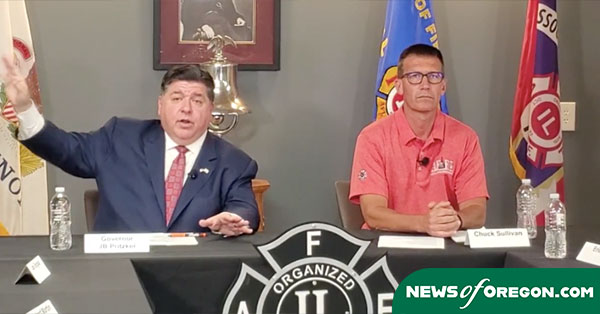 (The Center Square) – It’s not quite time for rolling blackouts, but an alert issued Tuesday by the Midcontinent Independent System Operators, which serves much of Illinois, could be the first step in preparing for such actions.

MISO’s “maximum generation alert” was issued for from 1 p.m. to 8 p.m Wednesday for the market footprint, which also includes Iowa, Michigan, Minnesota and North Dakota, most of Arkansas, Indiana, Louisiana and South Dakota, and parts of Kentucky, Missouri, Mississippi, Montana and Texas. A similar alert was sent Monday for the south region of MISO. The nation is split among several regional energy grids.

“The reason for the Event is because of Forced Generation Outages, Above Normal Temps, High Congestion,” the alert notification said Tuesday.

The announcement is just an advisory and is not the elevated “warning” or “event” stage. But the next advisories could require electric utilities to request energy conservation or implement rolling blackouts and power outages.

Springfield’s municipally owned City Water Light and Power said if “MISO upgrades its emergency and requests additional action, up to and including load reduction, CWLP will then issue a ‘Conserve Alert’,” which would ask utility customers to voluntarily reduce energy consumption during certain peak times to avert service disruptions.

Last month, CWLP chief engineer Doug Brown said such announcements prompt the utility to inform customers of how to conserve energy, and prepare them for the next possible phases.

“The rolling blackout is definitely a last resort,” Brown told WMAY last month. “It’s something that we don’t want to do but in order to support the regional grid, we’re really required to do that.”

There are several things that are causing coal-fired power plants to close, Brown said, adding to the energy crunch.

“When you have to invest over $50 million into those units to make them compliant with environmental regulations, that’s what happened,” Brown said. “Regulation after regulation has basically shut down coal plants and we’re starting to see those effects rather rapidly.”

Gov. J.B. Pritzker contended last week that the green energy law he signed in Illinois last year that requires coal fired power plants in the state to close by 2045 isn’t the culprit. He said the law is meant to bring about more energy through investing in alternatives.

“So what we’re talking about this summer is the challenge of making sure that we bring online as much energy as possible,” Pritzker said at a political event. “We also are talking about other states, surrounding states, that aren’t producing enough energy.”

Here are some conservation steps CWLP electric customers could implement for energy emergencies during peak hours and hot temperatures:

Most of Illinois geographically is covered by MISO. The northern part of the state is covered by PJM, or the Pennsylvania, New Jersey and Maryland grid. PJM issued a “Hot Weather Alert” for its western region through Wednesday.

“A Hot Weather Alert helps to prepare transmission and generation personnel and facilities for extreme heat and/or humidity that may cause capacity problems on the grid,” the alert said.