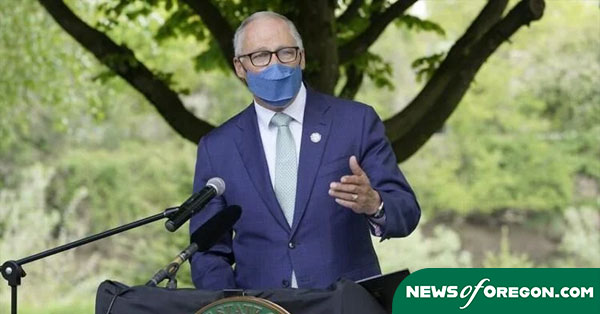 (The Center Square) – While Republican leaders continue to call for Gov. Jay Inslee and the Democratic majority in the state Legislature to take more decisive action against record-breaking inflation to help struggling Washingtonians, the Governor’s Office characterized the GOP approach as playing politics with the issue.

Inflation hit a 40-year record in June, with consumer prices increasing 9.1% over the last 12 months, the U.S. Department of Labor said Wednesday.

That same day, two Republican senators issued a statement in which they called for legislative action to provide financial relief to Washingtonians impacted by the increasingly high cost of living.

“The governor keeps rejecting any ideas for providing immediate financial relief to most families in the middle,” Sen. John Braun of Centralia said. “All he will talk about is a 2023 tax credit that will be available only to some with lower incomes.”

That’s a reference to the Working Families Tax Credit that doesn’t go into effect until next year.

“It’s as though he doesn’t understand, or doesn’t care, how people at all levels in our state are being hit by what is now double-digit inflation,” the Senate minority leader said. “This new report shows they have seen their real earnings shrink for 15 consecutive months.”

Meanwhile, state coffers are full, with the most recent revenue forecast showing a nearly $1.5 billion increase for the current biennium.

“The state has a mountain of cash that is continuing to grow,” Braun said. “Our colleagues in the majority should join us to end the government greed and get more dollars back into the hands of families. It can be done without harming a single state program or service. Republicans are ready to act. Where are the Democrats? The affordability crisis in our state affects their constituents too.”

Sen. Lynda Wilson of Vancouver also chastised her Democratic colleagues for what she sees as a lack of action on their part.

“Budget leaders on the majority side seem stuck on what they call ‘targeted investments,’ which means showering more money on state agencies,” the chief budget writer for Senate Republicans said. “The truth is, none of what they did this year to fatten state government will help the typical Washington family cope with an inflation rate that is continuing to grow, with no end in sight.”

Major tax relief is needed, according to Wilson.

“Our Democratic colleagues don’t seem to realize that significant, direct tax relief – like a temporary suspension of the gas tax, which would let families keep more of their own money – should also be viewed as a ‘targeted investment,’” she said. “With prices up more than 10 percent that’s the best investment we could make to help Washington families. Legislators need to act.”

Mike Faulk, Inslee’s deputy communications director, says the situation is not as simple as Republicans are making it out to be. Nor is the solution.

“Republicans continue the moving target in their calls for a special session, which isn’t new,” he told The Center Square in an email. “They have always wanted to make devastating long term cuts in social services in order to provide tax relief to the wealthy.”

Faulk said the state is still dealing with the impact of the pandemic, hinting that now is not the time for major tax cuts.

“Our economic recovery from COVID’s impacts has been uneven, with some people continuing to fare very well and others bearing a disproportionate impact of nationwide inflation,” he said. “We’re making use of the tools available right now to provide relief to hundreds of thousands of Washingtonians experiencing the worst impacts, and ensuring ongoing support for food banks, rent assistance, and other services to help people struggling with basic living expenses. Broader based strategies would require legislative action and take months to implement.”

Responding to an economic downturn with a special session is not a panacea, Faulk added.

“Special sessions with vaguely defined goals aren’t silver bullets either,” he said. “Legislators have to have an agreed upon approach for it to be productive.”