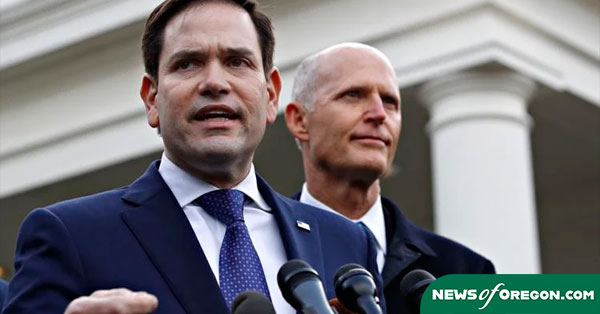 (The Center Square) – U.S. Sen. Marco Rubio, R-Fla., pledged to oppose efforts to add additional spending measures to a potential Hurricane Ian relief bill, saying he would vote against that kind of bill.

Rubio told CNN he will oppose any efforts to include “pork” in a relief package.

“Sure. I will fight against it having pork in it. That’s the key,” Rubio told CNN’s Dana Bash when asked if he would vote against a spending bill that includes other items. “We shouldn’t have that in there because it undermines the ability to come back and do this in the future. I think disaster relief is something we shouldn’t play with.”

A relief spending bill gives lawmakers an opportunity to add in smaller spending items. Those items can create a political problem for lawmakers who oppose the additional spending measures but don’t want to be seen voting against disaster relief.

“We are capable in this country, in the Congress, of voting for disaster relief…after key events like this without using it as a vehicle or a mechanism for people to load it up with stuff that’s unrelated to the storm,” Rubio said.

Hurricane Ian caused massive damage in Florida, destroying homes, flooding neighborhoods, and leaving a trail of wreckage in its wake.

Rubio came under fire for voting against a Hurricane Sandy relief bill for similar reasons.

“It had been loaded up with a bunch of things that had nothing to do with disaster relief,” he told CNN, referring to the Hurricane Sandy spending bill.

Rubio’s comments come after he sent a letter last week to the Senate Appropriations Committee calling for “disaster supplemental to provide much needed assistance to Florida.”

“Communities across Florida have been completely destroyed, and lives have been forever changed,” the letter said. “A robust and timely federal response, including through supplemental programs and funding, will be required to ensure that sufficient resources are provided to rebuild critical infrastructure and public services capacity, and to assist our fellow Floridians in rebuilding their lives. These provisions must be made a priority and considered at the earliest opportunity.”

“As our constituents and state begin the long recovery from Major Hurricane Ian’s destruction, we request your support in developing a disaster supplemental to provide much needed assistance to Florida,” the letter said.