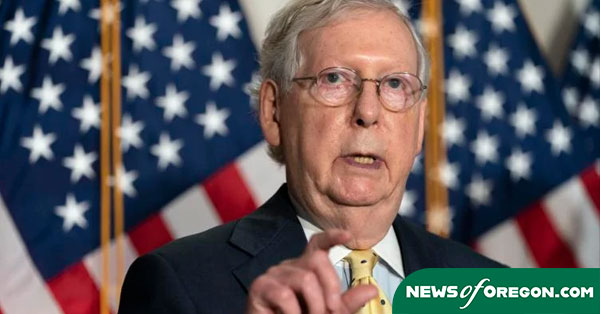 (The Center Square) – The U.S. House passed a bill to codify same-sex marriage late Tuesday, but whether it will pass the Senate remains up in the air.

The “Respect for Marriage Act” passed the House 267-157 with 47 Republicans voting in favor. The legislation would overturn the Defense of Marriage Act, signed into law by former President Bill Clinton in 1996, which defined marriage as a union between one man and one woman. That law has been largely gutted by the Supreme Court but still remains on the books.

“This bill provides statutory authority for same-sex and interracial marriages,” the bill’s summary reads. “Specifically, the bill repeals and replaces provisions that define, for purposes of federal law, marriage as between a man and a woman and spouse as a person of the opposite sex with provisions that recognize any marriage that is valid under state law. (The Supreme Court held that the current provisions were unconstitutional in United States v. Windsor in 2013.)

The bill would also require states to “recognize same-sex marriages from other states.”

“The bill also repeals and replaces provisions that do not require states to recognize same-sex marriages from other states with provisions that prohibit the denial of full faith and credit or any right or claim relating to out-of-state marriages on the basis of sex, race, ethnicity, or national origin,” the bill’s summary says. “(The Supreme Court held that state laws barring same-sex marriages were unconstitutional in Obergefell v. Hodges in 2015; the Court held that state laws barring interracial marriages were unconstitutional in Loving v. Virginia in 1967.) The bill allows the Department of Justice to bring a civil action and establishes a private right of action for violations.”

The push came in response to Justice Clarence Thomas, who signaled in the recent Supreme Court decision overturning Roe v. Wade that the SCOTUS Obergefell decision legalizing same-sex marriage nationwide could also be up for a reversal.

“In future cases, we should reconsider all of this Court’s substantive due process precedents, including Griswold, Lawrence, and Obergefell,” Thomas wrote.

The bill, though, faces an uncertain future in the divided Senate, where many Democratic party priorities have died during the Biden administration after failing to get support from 60 senators.

“Even though this is settled law, so was Roe, so we must take nothing for granted,” said Sen. Brian Schatz, D-Hawaii. “The House passed a bill to codify these rights, preventing SCOTUS from taking them away, and the Senate should follow.”