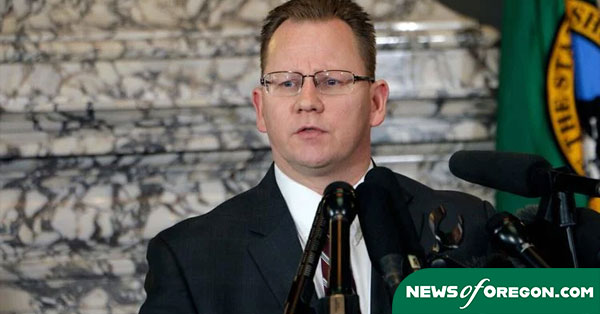 (The Center Square) – Washington State Superintendent of Public Instruction Chris Reykdal outlined his office’s budget priorities for next year’s legislative session during an appearance before the State Board of Education.

The financial landscape has changed, Reykdal pointed out, acknowledging that certain federal and state policies regarding the COVID-19 pandemic are ending.

“The good news is in a state like ours that generates a lot of revenue,” he told the board, meeting in Spokane, by video on Thursday morning. “So, at this point the state is doing awfully well. Most states are. There is a time when all that ends. And I don’t mean end end. I just mean slows down significantly. There will not be big giant stimulus checks coming again. There will not be significant child tax credits coming again. There won’t be temporary suspensions at massive, you know, rent protections.”

He acknowledged all that spending is a factor in inflation.

“All the things that have added inflationary components to the economy,” Reykdal said. “Those stimulatory things will come out and this thing is going to have to glide itself to normalcy.”

He continued, “So, with that said, we were pretty strategic last year in the supplemental year. We were very narrow. This year, we won’t be. We’re going to be really aggressive this year in our budget requests. Our job is to identify what we think our school districts need, and it’s the Legislature’s job to put those in the context of other priorities, and that’s a legitimate exercise they have to do.”

To deal with declining student enrollment numbers due to COVID-19, this year the Legislature passed House Bill 1590 to infuse more than $360 million into school districts with per-student funding allocation equivalent to half the students they lost between the 2019-20 and 2021-22 school years.

Transportation: “We have a transportation problem in our state,” Reykdal said. “We’re still subsidizing lots of movements with local levies that is inherently an equity issue. There are communities who don’t generate a lot of levy, so they can’s subsidize as much, and their transportation offerings tend to be less.”

Plans call for moving to a new system of transportation funding, although Reykdal didn’t go into any detail.

“But we are going to try to simplify this and get it down to miles and students,” he said. “And then obviously a variable factor for fuel, so it’s really predictable.”

Universal feeding: “The rest of the world long figured this out,” Reykdal said. “Kids go to school. Part of going to school is you eat. That’s what we need to move to.”

The challenge here, he explained, is the federal government – with all its red tape – is the major driving force in getting money for free and reduced-price lunch programs.

Reykdal stressed he doesn’t want the federal government to walk away, but rather the OSPI is looking to subsidize a universal feeding program.

Prototypical schools: The premise of the Prototypical School Funding model is that school need is linked to student enrollment, so state funds are distributed based on recommended staffing ratios.

During this year’s session, lawmakers passed House Bill 1664, which dramatically increases the funding formula for non-teaching positions like counselors, nurses, and social workers.

“There are more steps to that,” Reykdal said. “There’s more safety and security. There is definitely and administrative component. We think we’re very thin in building administration right now. And then there’s a whole component to this that’s parent outreach.”

Compensation: OSPI will make recommendations on this subject later this year, Reykdal told the board.

That includes an element of a compensation model that creates incentives – permanent bonus pay – for administrators, educators, and staff in schools that are in high-poverty areas and/or are low-performing.

“We need to drive salaries and create financial incentives for the stability of leadership in certain schools,” Reykdal said.

Dual credit: Washington students and their families pay out-of-pocket for the fees, books, and supplies that are required for students participating in dual credit programs – that is, earning college credit while meeting the requirements of earning a high school diploma.

“If higher ed says they can’t afford to transcript this credit without payment,” Reykdal said, “then we should pay them for it.”

Calling being bilingual a strength, the state superintendent said his goal is to build out the opportunity for all students to be bilingual by the time they graduate.

“We’re just going to press on this,” he said.

The other major ask on this front will be money to get urban schools off any use of timber dollars, he said, so rural schools get to keep more money from the timber produced and harvested in their districts.