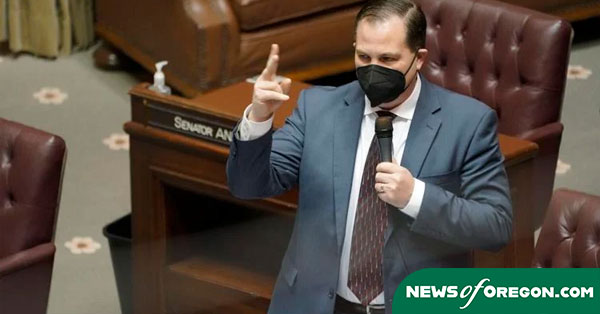 That’s in lieu of having the Legislature reconvene in a special session to vote on more broad-based tax relief such as cutting the state’s sales tax or lowering property taxes or suspending the state’s portion – nearly 50 cents per gallon – of the gas tax.

The governor, however, continues to focus on the Working Families Tax Credit. The problem is that it doesn’t go into effect until 2023.

Inslee said as much during a May appearance on the “Seattle Morning News” podcast.

“We’ve passed a low income tax credit to help low income people in part with some of their oil prices,” the governor said. “It’s an average of about $1,200 a year people will start receiving next year who are in the lower income brackets that can cushion some of the shock of this oil problem.”

When asked at the time by The Center Square how targeted tax relief next year could help hurting motorists now, Mike Faulk, the governor’s press secretary, responded by saying, “None of the governor’s recent comments in interviews need clarification.”

On multiple occasions since then, The Center Square has asked Jaime Smith, Inslee’s executive director of communications, to explain how a tax credit that goes into effect in 2023 helps Washingtonians currently struggling with more expensive gas, groceries, and other items. So far, Smith has not provided a direct answer to The Center Square.

Braun thinks he knows why there are no straight answers from the Governor’s Office.

“The governor and his people keep pointing to the Working Families Tax Credit because they have nothing else,” the Senate minority leader said in an email to The Center Square. “It’s like a pony that knows only one trick, so that’s all you’re going to get, even if everyone knows the tax credit won’t do a thing to help people now.”

In 2021, lawmakers approved funding for the Working Families Tax Credit – 13 years after it was initially passed. House Bill 1297 passed the House by a vote of 94-2-2 and the Senate with a 47-2 vote and was then signed into law by Inslee.

The June revenue forecast showed a nearly $1.5 billion increase for the current biennium. That’s on top of a $4.6 billion increase in revenue from February 2021 through March 2022, Rep. Ed Orcutt, R-Kalama, pointed out during the Economic Revenue Forecast Council quarterly meeting.

“Our ideas have been on the table all year, including a suspension of the gas tax,” Braun said. “Instead, nearly every member of the current majority seems to be in lockstep with the governor.”

“Republicans will keep pressing to help families this year,” Braun said. “The governor says wait until 2023, without mentioning the state [capital gains] income tax and the LTC [Long-Term Care, better known as WA Cares] payroll tax and other taxes and cost increases that are looming for next year.”