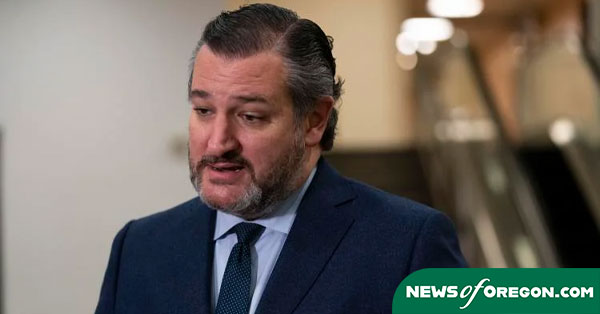 (The Center Square) – U.S. Sen. Ted Cruz, R-Texas, argued for the need to bring down health-care premiums to help small businesses stay competitive during a Wednesday forum in Washington D.C.

Small businesses have struggled since the onset of the COVID-19 pandemic, and one of the ways they are trying to stay afloat is by competing with larger companies through competitive health insurance. However, high inflation rates have led to rising health-care premiums, which Cruz hopes to address.

“Health care is certainly an area where we’ve seen inflation for a long time,” Cruz said during the Goldman Sachs 10,000 small business summit Wednesday. “This is one of the many policies where government policy has a very direct effect driving up costs.”

Cruz specifically points out that in 2012, he fought against Obamacare because it drove up health-care premiums and continues to have that effect.

He says the federal government also issues too many mandates, leading to higher health-care costs.

“If you look at why premiums are skyrocketing, one of the reasons is all of the mandates that come from Washington of what’s got to be included in every health insurance policy whether you want it or not,” Cruz said. “Part of the reason health costs go up is we don’t have a functioning market. People go in, and they’re like, ‘Alright, do you want this test?’ ‘Yeah, sure, it’s all free someone else is paying for it.’ The insurance company is paying for it, and so prices go up and up and up.”

One way Cruz suggests to help solve this issue is by encouraging younger Americans to purchase catastrophic health-care plans and retain savings for minor incursions so that Americans who need costly treatments can have insurance pay for them, but not for minor, routine ones.

“One of the things that makes a lot of sense, particularly for young, healthy people, is to purchase catastrophic health insurance,” Cruz said. “But also have a health savings account so that you can save in a tax advantage way for routine health-care expenses.”

In addition to inflationary pressures, small businesses are having difficulty finding employees. Cruz suggests that a reason for this is the federal government deciding to pay people to stay home.

“The single most frequent thing that I hear from business owners from Texas is that it is incredibly hard to find workers,” Cruz said. “Some of that is caused by foolish government policies, including the fact that for a long time, we were paying people a ton of money not to work.”

Cruz argued that the federal government should not pay people more than what they earn at work as that disincentives workers from returning to the workforce. He adds that Congress should pass his legislation to direct money toward helping Americans get specialized training instead of a college education.

“The other half of it is for workforce development, so it’s $50 billion for adults to go get training and skills, not a four-year college but workforce development, technical skills,” Cruz said. “It’s an enormously fiscally responsible thing to do because if people get good skills and they go get a job, they end up generating a lot more in productivity and tax payments. It’s a win, win.”