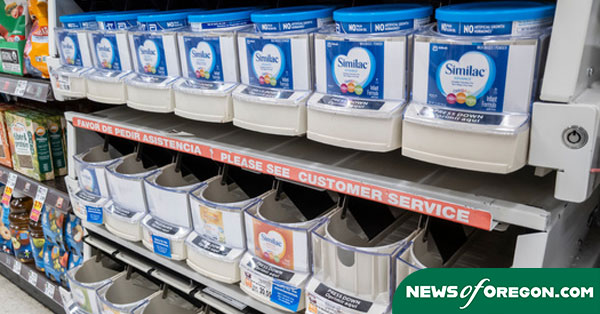 (The Center Square) – U.S. Sen. Patty Murray, D-Bothell, has taken the lead on a letter to Lina Khan, chair of the Federal Trade Commission, asking that staff investigate whether retailers are inflating prices for baby formula during the current nationwide chronic shortages.

“No one should be profiting off the infant formula shortage, especially giant retail chains,” Murray said in an announcement about the letter.  “This is a critical moment where the federal government needs to crack down on any price gouging during this crisis.”

In the letter, the senators said reports about excessive prices being paid by panicked parents needed to be investigated and curtailed.

“At a time when families are already contending with inflation, these practices harm children and their families when they are most vulnerable,” they wrote.

Murray has been pushing for answers about the formula shortage since a recall from Abbott Nutrition in February. She has since held a hearing to grill Commissioner Robert Califf on the FDA’s delayed response to the crisis.

The agency received a 34-page document in October that outlined concerns about Abbott’s plant in Sturgis, Michigan. However, the FDA did not interview the whistleblower until December and did not send an inspector to the plant until January.

A recall due to reports of bacterial infections was not issued until February for select lots of Similac, Alimentm and EleCare formulas produced by Abbott.

In recent weeks, Murray has called on the White House to appoint a formula coordinator to lead a national strategy to address the crisis and ensure another shortage does not occur.