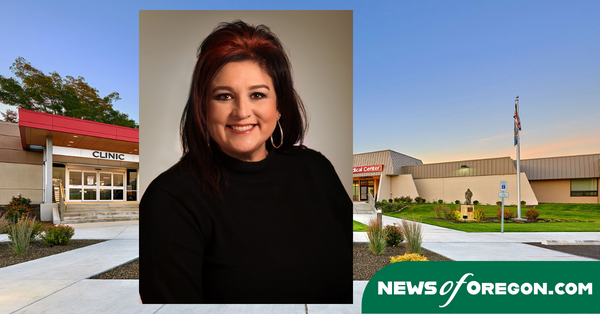 Cutler joins the health system from the Baker County Chamber of Commerce and Visitor Center, where she has served as Executive Director for more than six years.  As an active community leader, Cutler brings a wealth of experience and knowledge of the eastern Oregon market to her new role at Saint Alphonsus. She returns to Saint Alphonsus, where she worked for more than four years in several capacities, including as Project Coordinator, Quality Coordinator and Training Coordinator in Baker City.

“We are thrilled that Shelly has returned to Saint Alphonsus,” said Dina Ellwanger, President of Saint Alphonsus Medical Centers – Eastern Oregon.  “Her strong commitment to our mission and core values, as well as her roots in eastern Oregon, ties to the community and experiences will mean so much to our hospitals in Baker City and Ontario.”

Cutler has a Bachelor of Science degree in Liberal Studies with minors in writing and rhetoric, English literature and Film from Eastern Oregon University in LaGrande.  In her role, she is responsible for managing marketing, media and public relations initiatives for the eastern Oregon hospitals in Baker City and Ontario, serving as a vital liaison with community organizations and supporting strategic growth initiatives in the region.  She serves as an active member of the Baker City hospital’s Senior Leadership Team.