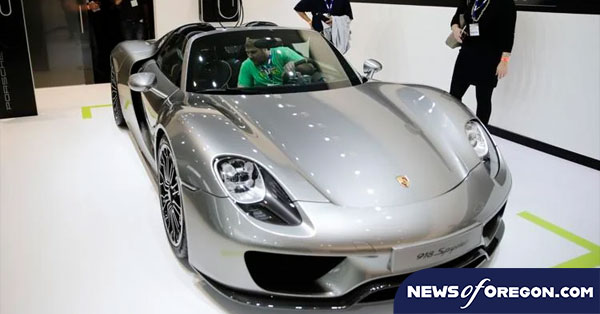 (The Center Square) – A Texas program that gives out millions of dollars in taxpayer-funded rebates for new electric vehicle purchases is under scrutiny for subsidizing affluent people who buy luxury cars. One analyst is calling for the program to end.

One person received a $2,500 rebate through the program after buying a Porsche 918 Spyder, a limited production hypercar with a base price of $845,000. That car, which has a top speed in excess of 200 mph, has a range of just 12 miles in all-electric mode, according to the U.S. Environmental Protection Agency.

Another Texas resident was reimbursed $2,500 for buying a Karma Revero GT. The 2021 version of that sports car has a sticker price of between $144,800 and $152,800, according to Edmunds. Other cars bought through the program include 12 BMW i8 electric sports cars, a Land Rover Range Rover and other luxury vehicles.

Nearly 20% of the $14.3 million in grants given out through the state’s Light-Duty Purchase or Lease Incentive Program went to luxury car buyers. Buyers of vehicles from luxury automakers Audi, BMW, Cadillac, Jaguar, Land Rover, Lincoln, Mercedes-Benz, Porsche and Volvo got combined rebates of $2,784,528. That’s 19% of the total amount of the grants awarded through the program from 2014 to 2021.

“The nearly 6,000 vehicles that have been purchased under the TERP [Texas Emissions Reduction Plan] program have done nothing to measurably improve air quality levels in Texas cities,” said Brent Bennett, policy director for Life:Powered at the Texas Public Policy Foundation. “Our emissions are so low that our air is almost at a natural state, with weather being by far the largest driver of air pollution levels. In fact, during the COVID-19 shutdowns in 2020, air quality levels in Texas cities were almost unchanged even as vehicle miles traveled dropped nearly 50%. Improvements in emissions control technologies and fuel efficiency are doing far more to drive improvements in air pollution than subsidizing electric vehicles.”

“Our lawmakers need to realize that the vehicle rebate program in TERP is not serving any useful purpose,” he said. “Many of the rebates go to luxury vehicles where the rebate is clearly not a driving factor in the purchase. Texas would be better off disbanding the program and eliminating the vehicle registration fees that fund it.”

Most rebates awarded through the incentive program went to buyers of a handful of lower-cost electric vehicles, according to a report from the Texas Commission on Environmental Quality, which runs the program.

Texas state Sen. Brian Birdwell, R-Granbury, was the author of Senate Bill 1731 in 2017, the most recent bill signed into law that made changes to the state’s Light-Duty Purchase or Lease Incentive Program. HW Dickey, Birdwell’s chief of staff, didn’t respond to emailed questions about the program or how it has been used.