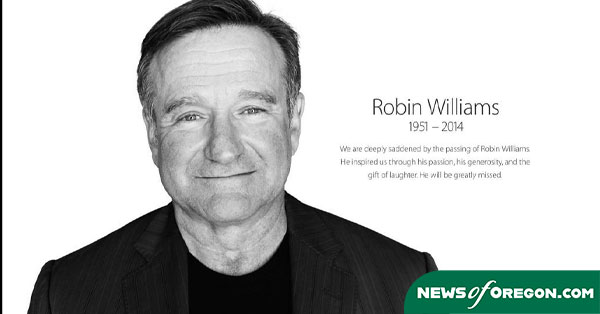 THROWBACK THURSDAY – On this day in 1984, President Ronald Reagan makes a joking but controversial off-the-cuff remark about bombing Russia while testing a microphone before a scheduled radio address. While warming up for the speech, Reagan said “My fellow Americans, I am pleased to tell you today that I’ve signed legislation that will outlaw Russia forever. We begin bombing in five minutes.”

Although the press throng and his aides in attendance laughed at the obvious joke, the comment unnerved Democratic opposition leaders and those already fearful of the hard-line posturing Reagan had displayed toward the USSR since assuming office in 1981. Others simply dismissed his remark, which came at a time of heightened tensions between the U.S. and Russia, as a moment of poor taste.

Reagan’s tough, anti-communist rhetoric and his policy to increase American defense spending contrasted with the Soviet policies of former Presidents Nixon, Ford and Carter, who had tried to cultivate improved relations with Soviet Russia on friendly terms, offering cultural and technology exchanges. In retrospect, many analysts view Reagan’s get-tough policies as responsible for scaring the Russians into spending more on their military just to keep pace with American military expenditures—a fact that likely led to the collapse of the Russian economy and, by extension, the country’s communist political system.

Although Reagan, a former actor, was known for his clever way with words, the “bombing Russia” joke was considered by many to be an embarrassing political gaffe—not the first of his career. In 1969, while serving as governor of California, Reagan responded to student protestors at the University of California at Berkeley by saying “if there has to be a bloodbath then let’s get it over with.” Some of his more witty comments include a comparison between politics and prostitution and the 1980 campaign quip “a recession is when your neighbor loses his job. A depression is when you lose yours. And recovery is when Jimmy Carter loses his.” Even after an attempted assassination in March 1981, Reagan never lost his sense of humor. The first thing he said to his wife Nancy when she arrived at the hospital was “honey, I forgot to duck.” (This quote was originally attributed to boxer Jack Dempsey after losing a championship match to Gene Tunney in 1926.)

Although it is not known what Soviet leaders thought of Reagan’s joke, the comment did color some Americans’ opinion of Reagan, whose approval rating suffered a slight drop in the aftermath of the incident, temporarily boosting the electoral hopes of Democratic presidential hopeful Walter Mondale. Reagan recovered and beat Mondale; he began his second term in 1985.

Also on this day in 2014, Robin Williams, the prolific Oscar-winning actor and comedian, died by suicide. He was 63.

On the big screen, Williams, who was born in Chicago in 1951, made his debut in the 1977 low-budget comedy “Can I Do it ‘Til I Need Glasses?” then went on to appear in films such as “The World According to Garp” (1982), “Moscow on the Hudson” (1984) and “Good Morning, Vietnam” (1987), for which he earned his first Academy Award nomination, in the best actor category, for his performance as an Armed Forces Radio disc jockey. Williams also received best actor Oscar nods for his role as an influential English teacher in “Dead Poets Society” and his role as a delusional homeless man in “The Fisher King” (1991).

Among the performer’s other credits are “Aladdin” (1992), in which he voiced the part of the genie, “Mrs. Doubtfire,” in which he portrayed a British nanny and “Good Will Hunting,” for which he won an Oscar, in the best supporting actor category, for his role as a therapist. Williams followed these projects with films including “One Hour Photo” (2002), “The Night Listener” (2006), the “Happy Feet” series (2006-11) and the “Night at the Museum” series (2006-14).

Williams was involved in a number of charitable causes, such as co-hosting telethons, along with Billy Crystal and Whoopi Goldberg, for Comic Relief, an organization that helps homeless people. The actor also was a regular on USO tours, entertaining American troops around the world. In his stand-up routines, Williams spoke openly about his experiences with substance abuse and sobriety.

After Williams died, tributes poured in from the Hollywood community and beyond. Then-president Barack Obama said: “[He] was an airman, a doctor, a genie, a nanny, a president, a professor, a bangarang Peter Pan and everything in-between. But he was one of a kind. He arrived in our lives as an alien—but he ended up touching every element of the human spirit.”