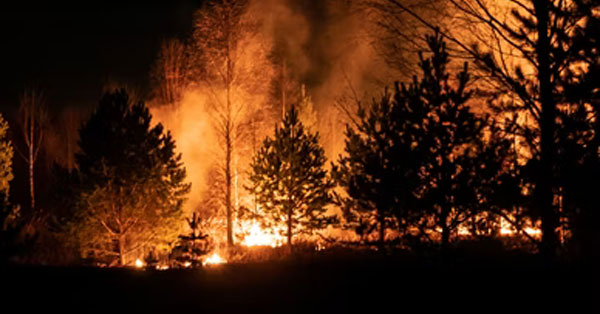 In a letter dated April 29 that was spearheaded by Reps. Joe Neguse, D-Colo., and John Curtis, R-Utah, the lawmakers asked a U.S. House subcommittee to “provide robust funding to programs” that will help bolster emergency preparedness, wildfire response, and mitigation efforts.

“In Colorado, and across the West, our communities are facing unprecedented devastation from more frequent and more intense wildfires – and we ought to be doing everything in our power here in Washington to support wildfire prevention, suppression, mitigation, and resiliency,” Neguse said in a statement.

“As we continue to experience record-setting and dangerous fires across the United States, it only underscores our need for a comprehensive approach, and ensuring that we are working collaboratively on solutions to suppress these fires and equip our communities in their wake,” the Colorado congressman continued.

The past two years have been wrought with devastating wildfires across the West. In Colorado, the Marshall Fire that began shortly before New Year’s 2022 burned more than 1,000 homes and caused more than $500 million in damages, according to estimates from Boulder County.

Following the fire, Colorado state lawmakers worked during the 2022 legislative session to increase funding for wildfire prevention and preparedness. They passed bills such as House Bill 22-1007 to create a $150,000 wildfire mitigation grant program for homeowners and House Bill 22-1011 to create incentives for local governments to take a more proactive approach to wildfire management.

But state officials in Colorado also worry that 2022 could end up being one of the most destructive wildfire seasons on record as the state continues to see above-average temperatures and below-average precipitation, according to a report by the Colorado Sun.

“Wildfires do not care about congressional district lines or political affiliations, which is why this issue impacts people of all backgrounds across the West,” Curtis said. “I am proud to be working with Rep. Neguse and our other colleagues to advocate for adequate spending on wildfire relief, suppression, and mitigation efforts that support our local communities and firefighting workforce.”