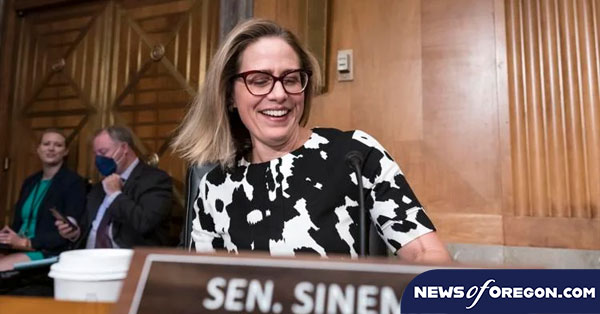 (The Center Square) – The U.S. Senate on Sunday passed a $740 billion new taxing and spending bill that seeks to combat climate change and allow the government to control the price of prescription medications, among other things.

No Republicans voted for the bill, named the Inflation Reduction Act of 2022, in the divided 50-50 Senate, forcing Vice President Kamala Harris to break the tie. The measure must return to the House for a concurrence vote after senators passed several amendments Sunday. The House is expected to take the bill up again later this week. If the House concurs, President Joe Biden has indicated he will sign it.

According to the bill summary, “There are no new taxes on families making $400,000 or less and no new taxes on small businesses – we are closing tax loopholes and enforcing the tax code.”

“The Schumer-Manchin bill will drive up inflation and prices, hammer small businesses and American manufacturing, increase the price of gas, and sic the IRS on Americans, all while raising taxes on Americans in nearly every tax bracket including those who make less than $400,000 a year,” Cruz said in a statement.

“This bill is just Biden’s Build Back Broke by another name,” he added. “It’s a gift to radical environmentalists and to rich, liberal elites. It uses taxpayer dollars to subsidize electric vehicles while imposing even more new taxes to raise the price of gas in the middle of out-of-control inflation and a recession.”

U.S. Sen. Joe Manchin, D-W.Va., a key swing vote among Democrats,  spearheaded the bill with Sen. Chuck Schumer. Manchin says it will pay down the national debt because of the tax increases, and lower energy and health-care costs.

“Over the last year, leaders in Washington have ignored repeated warnings about the severe threat of inflation and the consequences of unprecedented domestic spending,” Manchin said last week. “Despite these concerns and my calls to give the country time to fully realize the impacts of such historic levels of spending and our inflation crisis, many Democrats have continued to push for trillions more in spending to meet a political deadline.

“Contrary to foolish talk otherwise, America cannot spend its way out of debt or out of inflation.”

Inflation has soared to 40-year highs, forcing Americans to pay significantly more for food, gas, clothing, cars and just about everything. Increased government spending is in part to blame for inflationary price increases.

And the new 15% corporate minimum tax will be passed down to all income brackets, critics say.

The Wall Street Journal editorial board argues that the Inflation Reduction Act will raises taxes on most Americans. The bill is “a tax increase on nearly every American,” they wrote. “Raise the corporate tax rate, and you’re cutting wages and salaries for workers.”

Republicans on the House Ways and Means Committee argue the same. They warn it is full of “hundreds of billions of dollars in wasteful inflationary spending [and] won’t reduce the deficit.”

“Rather than reduce inflation, it puts inflation on steroids,” they argue. It includes a “socialist drug price setting scheme [that] will likely cause drug prices to increase for patients for the next few years, all while killing future cures from ever coming to market.”

The bill would allow the U.S. Health and Human Services secretary to set caps on the prices of several prescription drugs, a policy that critics say will discourage pharmaceutical companies from investing in new drug development.

Rather than tax the richest companies, it instead includes “handouts to the wealthy,” they argue, including “tens of billions of dollars in Obamacare subsidies [that] will flow to the well-off. It also increases taxes and fees on oil production and methane, which Republicans argue will result in higher gas prices, larger heating bills and higher consumer prices.

The bill also includes a provision to hire 87,000 new IRS agents to begin auditing more than a million Americans, including lower income taxpayers.

“According to expert analysis, it will supercharge the IRS with 87,000 new IRS agents to target Americans with 1.2 million new audits, more than half of which would be for people making less than $75,000 a year,” Cruz said.