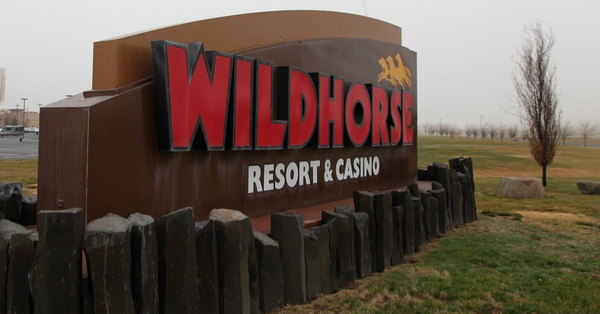 PORTLAND, Ore.—A Umatilla County, Oregon, man is facing federal charges for robbing the Wildhorse Resort and Casino on the Umatilla Indian Reservation at gunpoint and brandishing a firearm.

Javier Francisco Vigil, 51, has been charged by criminal complaint with committing a Hobbs Act robbery and using and carrying a firearm during and in relation to a crime of violence.

According to court documents, in the early afternoon on August 17, 2022, Vigil is alleged to have entered the Wildhorse Casino, walked straight to the cashier cage in the gaming area, and handed the cashier a note demanding $1 million. Vigil then drew a holstered pistol, pointed it at the cashier, and threatened to “bathe everyone in blood.” After being given nearly $70,000 in cash, Vigil exited the casino, pointed his firearm at a responding tribal police officer, and discharged at least one round. Vigil sustained injuries in an ensuing exchange of gunfire and was transported by officers to a local hospital.

Vigil made his initial appearance in federal court today in Portland before U.S. Magistrate Judge Jolie A. Russo. He was ordered detained pending further court proceedings.

This case is being investigated by the FBI with assistance from the Umatilla Tribal Police Department and the Hermiston Police Department. It is being prosecuted by Cassady Adams, Assistant U.S. Attorney for the U.S Attorney’s Office in the District of Oregon.