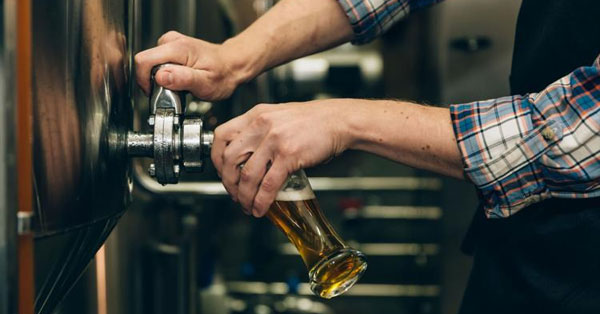 (The Center Square) – If you make beer in Washington, you can’t legally ship it directly to consumers in Oregon. That’s a violation of federal law according to three Evergreen State alcohol producers. The trio filed a lawsuit against the state of Oregon this week, claiming that the state’s licensing regulations violate the Commerce Clause of the Constitution.

Washington brewers Garden Path Fermentation of Burlington and Fortis Brewing of Vancouver, joined by Mirage Beer of Seattle, have asked for an injunction allowing them to have the same right as licensed producers in Oregon.

The Commerce Clause of the U.S. Constitution gives Congress the exclusive authority to regulate commerce between the states. Courts have interpreted that to mean that no state can enforce laws that discriminate against or unduly burden interstate commerce.

Justin Leigh, an attorney and brewer involved with the case, told The Center Square it’s a matter of fairness.

“All we want is to be able to direct-ship to our customers in Oregon,” Leigh said. ”Working with a distributor is tough because they take a cut and bind you to a distribution contract. In Oregon, those are very difficult to get out of. They basically own you.”

Administrative solutions haven’t worked, according to Leigh, because the policy is codified in Oregon law.

“I’ve had conversations with administrators at the Oregon Liquor and Cannabis Commission and said, ‘You know this violates Granholm,’” Leigh said, referring to the 2005 U.S. Supreme Court decision affirming that states do not have the right to regulate direct shipment of wine on terms that discriminate in favor of in-state producers

Administrators responded casually, according to Leigh, stating they were obliged to follow Oregon’s laws.

The plaintiffs in this case are represented by Indianapolis attorneys Robert Epstein and James Tanford of Epstein, Seif, Porter and Beutel, who litigated the Granholm case before the Supreme Court.

The Center Square requested but did not receive comment from Oregon’s governor, attorney general and chairperson of the OLCC, all named in the suit.