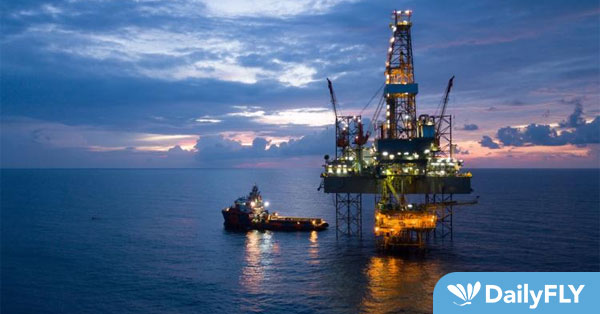 (The Center Square) – Western Energy Alliance is inviting all Americans, including protestors of the oil and natural gas industry, to take its “Fossil Fuel Free Challenge” to “see if they can go just one week without using products made from oil and natural gas.”

An educational video the group published years ago is still relevant today, it argues, emphasizing the need for public awareness about how fossil fuels make possible nearly every aspect of most peoples’ lives.

Fossil fuels are hydrocarbons, which naturally occur in the earth’s crust and are extracted and burned to use for energy. They include natural gas and oil, derived from petroleum, and coal.

The challenge may be difficult for climate activists who use signs, markers, paint, cell phones, laptops, backpacks, megaphones; wear shoes and clothes; or ride bikes and drive cars, which are all made possible by the oil and natural gas industry, the alliance says.

According to the U.S. Energy Information Agency, products derived from petroleum include transportation fuels, fuel oils for heating and electricity generation, asphalt and road oil, and components for making the chemicals, plastics, and synthetic materials that are used in nearly all products on the market.

To put this in perspective, one 42-gallon barrel of oil creates 19.4 gallons of gasoline. The remainder is used to make more than 6,000 products ranging from electronics to luggage to office supplies and computer chips.

Midland-based Oil and Gas Workers Association board member Richard Welch, who’s worked in all three areas of the industry – upstream, midstream and downstream – has been educating Americans about the value of the industry and fossil fuels.

“Fossil fuels are in every aspect of our lives,” he said.

Even the food we eat wouldn’t be possible without diesel, he points out. “Most of the crops we eat, from wheat to corn to a range of vegetables, are harvested by farmers using tractors,” he told The Center Square. “Those tractors run on diesel, not windmill juice.”

The Biden administration’s plan to tax and increase fees on the oil and natural gas industry will only cause the cost of household products to go up; stopping the flow of oil would bring nearly every aspect of society, on a global scale, to a halt, those in the industry argue.

“Fossil fuels make our lives healthier and cleaner and a better place to live,” the alliance argues, pointing out that the U.S. “switching to natural gas-generated electricity from coal is the No. 1 reason the U.S. leads the world in reducing emissions. The reductions in CO2 emissions far surpass the reductions from electric vehicles.”

Ed Longanecker, president of the Texas Independent Producers & Royalty Owners Association, also said that American-made energy is the cleanest in the world.

“To put it into perspective, between 2005-2019, the U.S. reduced emissions by 970 mm tons while China and India emissions increased by 6,000 mm tons during the same time period,” Longanecker told The Center Square. “Switching to natural gas for power generation in the U.S. has reduced carbon dioxide emissions more than Germany’s $80 billion government funded Energiewende project, China’s $37 billion Three Gorges Dam-project, the world’s largest hydroelectric power plant, and Brazil’s hydropower projects, combined, all of which were funded by the U.S. oil and natural gas industry.”

He also argues, “Unleashing U.S. natural gas is literally the largest green initiative on the planet.”

The alliance’s president, Kathleen Sgamma, told The Center Square, “The ‘cure’ to climate change being proposed from the Left is worse than the problem. Economic analyses used by the IPCC show that GDP growth would be about 3% less in 2100 if we do nothing to ‘stop’ climate change, but that’s after a projected 340% growth in GDP.”