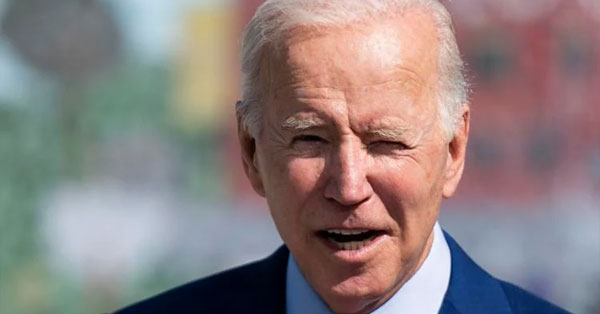 The U.S. Bureau of Labor Statistics released its Consumer Price Index data for July, which showed no overall increase from the previous month.

“We just received news that our economy had 0% inflation in July,” White House Press Secretary Karine Jean-Pierre said. “While the price of some things went up, the price of others, like gas, clothing, and more, dropped.”

While several price categories did rise, they were offset by a decline in gas prices, which have dropped nearly a dollar since they hit a record high national average of $5 per gallon in June.

“In fact, the current drop in gas prices is the fastest in a decade – saving American families with two cars $106 per month on average,” Jean-Pierre added.

EJ Antoni, an economist at the Heritage Foundation, criticized the Biden administration over the new data.

“Hardly a positive report, today’s CPI numbers show inflation is six times what it was when Biden took office,” Antoni said. “The Biden administration may think this is a political win, but it is a loss for American families. The Biden administration has lost all credibility on inflation. For the last year and a half, their disastrous economic policies have driven up costs and impoverished American families. Energy prices dropped slightly in July as consumer demand collapsed from record prices in June, but the cold reality is that whether the rate is 8.5% or 9.1%, Americans are feeling historic pain whenever they buy gas, groceries, or other staples and we’re still moving in the wrong direction.”

While overall prices were improved, some key products, like groceries, saw historic increases.

“The food index increased 10.9 percent over the last year, the largest 12-month increase since the period ending May 1979,” BLS said. “The food at home index rose 13.1 percent over the last 12 months, the largest 12-month increase since the period ending March 1979,” BLS said. “The index for other food at home rose 15.8 percent and the index for cereals and bakery products increased 15.0 percent over the year. The remaining major grocery store food groups posted increases ranging from 9.3 percent (fruits and vegetables) to 14.9 percent (dairy and related products).”

Overall, consumer prices have still risen 8.5% in the past 12 months.

“Is this what you clowns consider good news?” Abigail Marone, press secretary for U.S. Sen. Josh Hawley, R-Mo., wrote on Twitter. “The White House can spin stats, redefine words, and high five over ‘messaging victories,’ all they want. But Americans experience the reality of skyrocketing inflation every day when they fill up their gas tank or buy groceries.”

“With so much attention fixed on soaring prices for gasoline and groceries, let’s not overlook the housing crisis so acutely being felt by homeowners and renters. This is only beginning to become visible in the official inflation data,” Griffith said. “Since February 2020, home prices soared 43.5%. In just the past year, home prices are up nearly 20%, while residential property prices in the United States, adjusted for inflation, are now 6.7% above the prior all-time record levels of the 2006 bubble.”

U.S. Sen. Rick Scott, R-Fla., pointed out Wednesday that despite the recent decline, gas prices are still much higher than when Biden took office.

“Even as Biden drives the country into a recession, all the Democrats seem capable of is cutting Medicare, spending your money and raising your taxes,” Scott said. “The Biden administration has made clear that it is waging a war on our seniors, a war on American families and a war on our economy.”