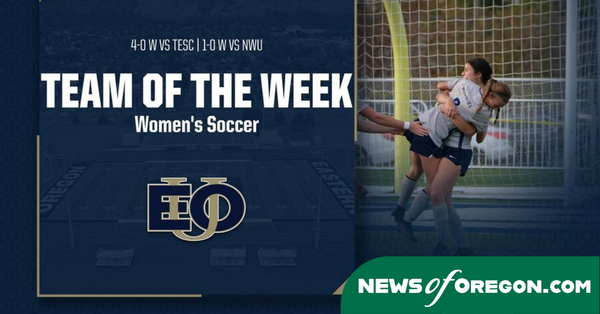 “I’m very proud of this group,” Coach Jacob Plocher said. “Over the past two weeks they have put in a lot of work and it’s showing.”

The Mountaineers picked up a couple of big wins to end regular season play. The first came in a dominant 4-0 win over Evergreen State College. In Friday’s match the Mounties’ offensive attack was relentless totaling 32 shots with 17 on goal.

A day later EOU picked up one of their biggest wins of the season handing this year’s CCC champion their first loss in 2022.  The Mountaineers doubled the Northwest University Eagles’ total shots on goal with 6 in the win. Kana Mateaki scored her second goal of the weekend for the game winner as the Mounties ended the season on a 1-0 win.

“We are playing some of the best soccer we have played all year,” Plocher said.

Eastern Oregon Women’s Soccer will head into the Conference Tournament as the No. 4 seed. The CCC tournament takes place Nov. 7-11, hosted by Bushnell University. The quarterfinals and semifinals will play out at Willamalane Park in Springfield, Ore., while the championship game will kick off at Civic Park in Eugene, Ore. Whichever team wins the tournament will earn the CCC’s second AQ to the national tournament. If Northwest sweeps the championship titles, the tournament runner-up will earn the automatic bid.