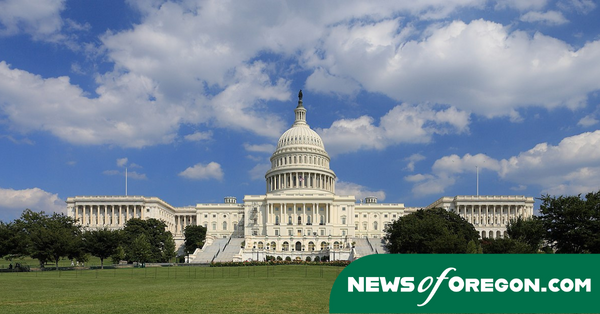 Washington, D.C. – On November 4, 2022, U.S. Senator Ron Wyden said he had joined with five colleagues to urge the private equity firm Cerberus Capital Management, to pause the payment of the $4 billion Albertsons dividend scheduled for Monday and to provide answers about the impact of the dividend on the Kroger-Albertsons merger.

In the letter to Cerberus Capital Management co-CEOs Stephen Feinberg and Frank Bruno, the lawmakers criticized Cerberus and other big Albertsons shareholders that are cashing in the billion-dollar dividend from Albertsons and extracting massive profits at the expense of the overall health of the company – even as the merger threatens consumers, workers, and competition.

“The ‘special cash dividend’ included in the proposed Kroger-Albertsons acquisition is particularly troublesome because of the adverse impact on long-term competition in this industry,” the lawmakers wrote. “Rather than using these funds to invest in workers, improve stores, reduce prices, or simply strengthen Albertsons’ cash reserve, the $4 billion will go directly to Cerberus and other shareholders – a hit that risks bankrupt[ing] the debt-ridden supermarket chain.”

Kroger and Albertsons last month announced a massive merger agreement under which Kroger would acquire all outstanding shares of Albertsons’ stock at a total value of $24.6 billion. As part of the agreement, Albertsons and Kroger announced a “special cash dividend of up to $4 billion to its shareholders,” payable on November 7, 2022, long before the deal can be finalized.

In its most recent filing, Albertsons reported having only $3.2 billion in liquid capital, combined with $4.7 billion in debt held by the company, raising concerns that if the dividend was paid out, and the merger was not approved, the companies would seek a “failing firm” defense.

“At any point during the FTC’s review, it would be outrageous for Kroger and Albertsons to claim the ‘“failing firm’” defense in this matter and argue that, after sucking $4 billion in capital out of Albertsons, the acquisition must proceed because Albertsons can no longer operate independently,” the lawmakers wrote. “We have raised this concern with the FTC, and we hope you would avoid any such bad-faith argument.”

The $4 billion dividend is part of the definitive merger agreement negotiated between Kroger and Albertsons’, raising concerns about “gun-jumping,” which occurs when parties to a merger collaborate on competitive decisions prior to the consummation of a merger. The lawmakers reiterated that gun-jumping is a violation of Section 1 of the Sherman Act, and indicated that the FTC should consider this behavior when it undertakes its review of the merger.

The lawmakers note that in addition to Cerberus receiving a massive windfall, workers and consumers could lose out if this merger were to proceed. Both Albertsons and Kroger have previously faced extensive allegations of worker abuse. The companies have also faced allegations of price-gouging during the pandemic and continued to post “eye-popping” profits during 2021 even as they raised prices on consumers and bragged about their abilities to pass on the impact of inflation.