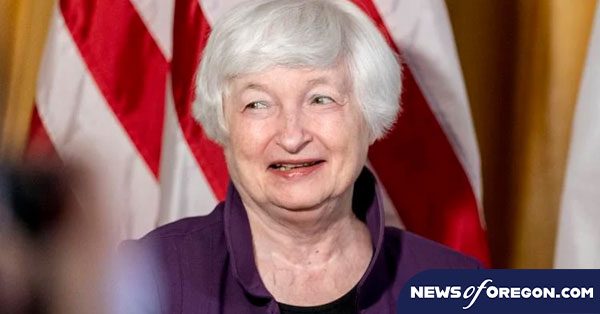 “We’re first and foremost supportive of the Fed’s efforts, what they deem to be necessary to get inflation under control,” Yellen said in Bali, Indonesia, before meeting with other G-20 finance ministers from around the world. The Fed has been increasing interest rates in an attempt to slowing soaring inflation.

Yellen said that inflation was “unacceptably high” and that the Biden administration’s release of oil from the Strategic Petroleum Reserve was working to lower energy prices.

The comments come as the U.S. Bureau of Labor Statistics released the Consumer Price Index and the Producer Price index this week that showed a 9.1% and 11.3% rise, respectively, in the previous 12 months. The CPI rose 1.3% in June while the PPI rose 1.1% last month.

Both increases were fueled in part by record high prices for regular and diesel gasoline in the month of June. Those prices have dipped in recent weeks but still remain much higher than the same time last year.

Critics have piled on the Biden administration this week amid the high inflation data.

“When it comes to inflation, Pres. Biden’s admin., including Sec. Treasury Janet Yellen, [and] the Fed have proven to be perfectly incompetent,” Steve Hanke, an economist at the Cato Institute and professor at Johns Hopkins University, wrote on Twitter. “They were unable to anticipate today’s record inflation of 9.1%… Remember, it was all supposed to be transitory.”

Republicans blasted Biden and Democrats as well after the inflation data was released.